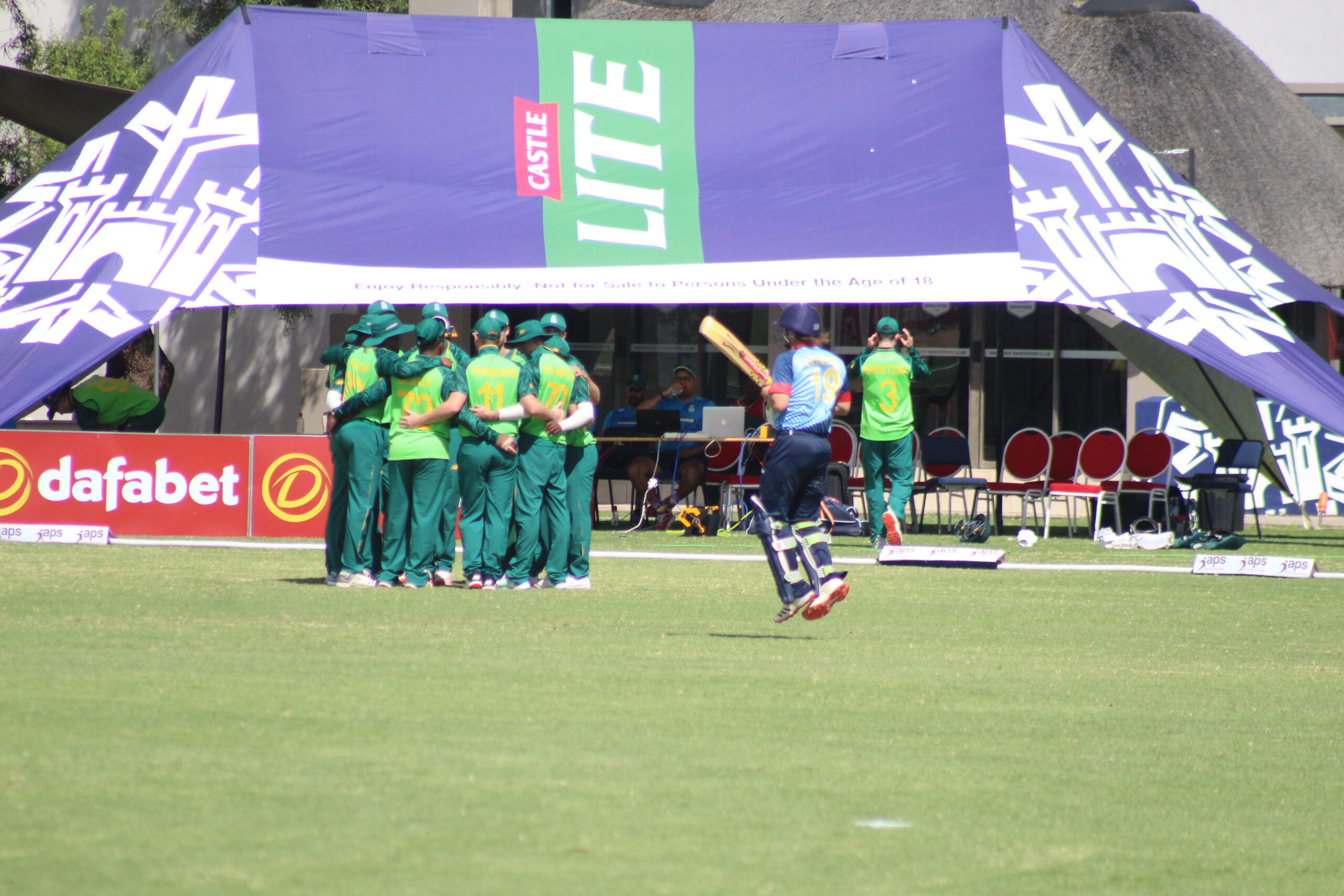 Strong SA side to test the Eagles

NAMIBIAN cricket’s recent success will be tested further when they start a six-match series against a strong Emerging South Africa side at the Wanderers field tomorrow.

Two weeks ago Namibia completed an unbeaten series victory against Uganda, but the Emerging SA side is expected to provide much stronger opposition with several future Proteas in the making.

Nine members of the squad have already represented SA u19, while the bulk is still under 24 years of age and includes several rising stars who have made their mark on the South African domestic scene.

Amongst the batsmen, Grant Roelofsen is a great prospect, with a List A (LA) average of 43,29, while he has a First Class (FC) top score of 224 not out.

Their pace bowlers include Stefan Tait, Lifa Ntanzi and Thando Ntini, the son of the great Protea pace bowler Makhaya Ntini, and the spin bowlers Tshepo Ntuli and Gregory Mahlokwana.

“Its definitely a strong squad, but they have never played as a team so it will be interesting to see how they gel. But they certainly have individuals who have the X factor and can make it very difficult for us. When I approached Cricket South Africa I asked them to pick a very strong side, because we need strong opposition, we don’t want easy games where we are not learning, we want hard games. Winning or losing is not so important, it’s more about how the players are being challenged by good quality opposition and how they respond,” he said.

“We haven’t faced strong opposition since playing Ireland A last February, so we need to be tested, taken out of our comfort zones and we need to make smart decisions,” he added.

The Namibian squad is largely unchanged, with the only addition being wicket keeper and opener Zane Green, who returns from injury, while opener Stephan Baard will miss the first T20 matches due to his wedding on Saturday.

“Zane has recovered from injury, he was out for six weeks with a badly bruised heel, and JJ (Smit) might start bowling soon, so that’s something to look forward to. Stephan Baard is getting married on Saturday, so he won’t be available for the T20s, but he will join us later for the 50 over matches,” De Bruyn said.

De Bruyn said it would be a big challenge, but they were optimistic of their chances.

“We definitely believe we can beat them; we want to continue building a winning culture, and after all, it’s not nice to lose. We are looking forward to the challenge and I think it will be a big arm wrestle between the two sides,” he said.

The series starts with the first T20 match at 13h00 tomorrow, with two more scheduled at the same time for Saturday and Sunday. The two sides will also contest a 50-over series over three matches, starting next Tuesday.