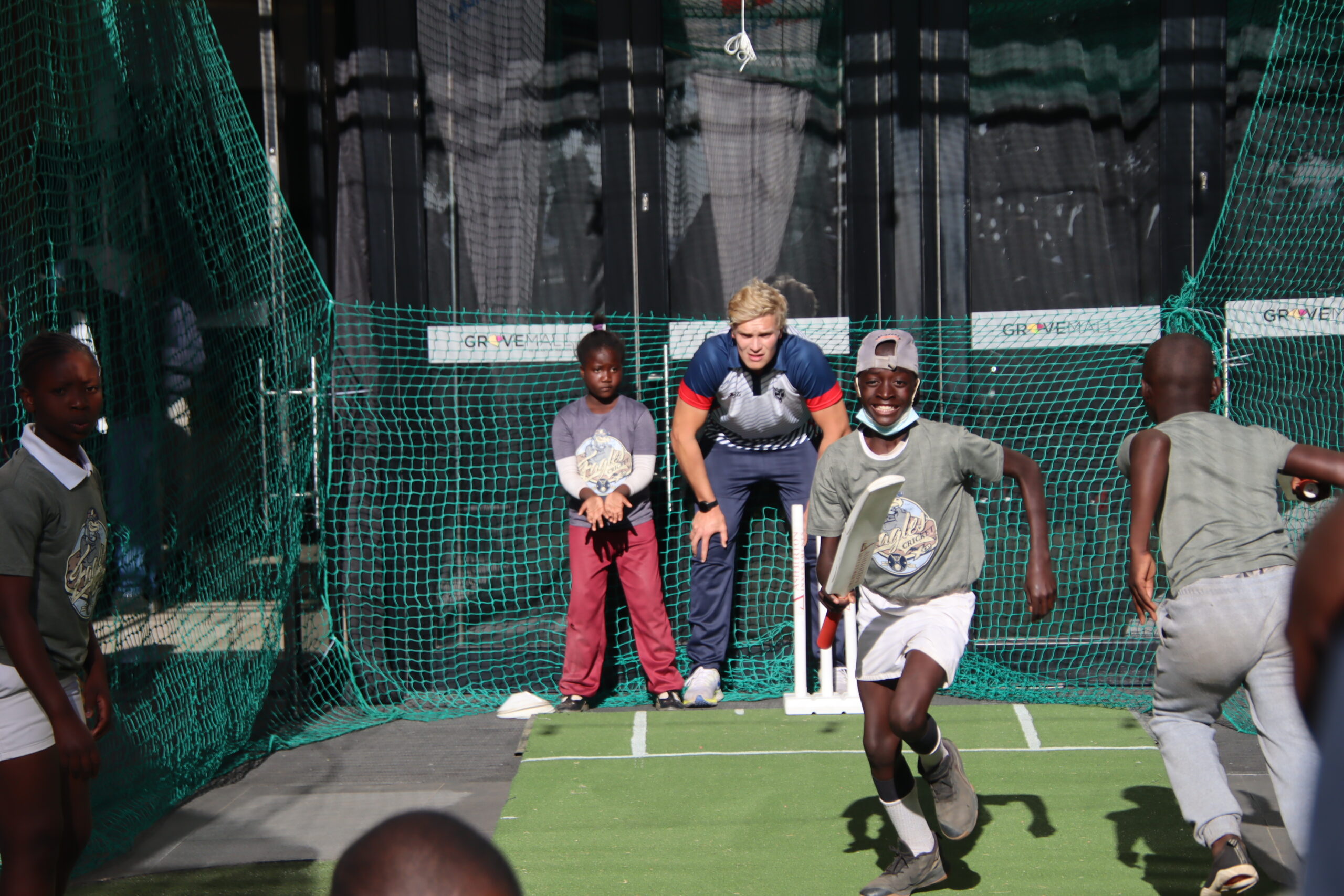 The global award for the ICC Development Initiative of the Year has been awarded to Cricket Namibia’s Ashburton Kwata Mini-Cricket Programme for increasing participation by a remarkable 71% despite the impact of COVID-19. The programme enables cricket to be played anywhere by anyone: on beaches, streets and in car parks, in order to keep communities engaged during the pandemic.

“We managed to access the grand total of more than 67 000 children in one-off engagements while more than 17,000 children played regular matches. This initiative has a core focus of connecting communities and improving lives by inspiring the Namibian primary school child.”

Nick Hockley, Cricket Australia CEO who was a part of the judging panel commented on Namibia winning the award: “Cricket Namibia demonstrated such ingenuity to maintain the programme during COVID-19, and resulted in incredible growth and a large number of participants who were able to take part and experience the game.”

Eagles soar in Sharjah to claim victory, a Super 12 spot and 2022 qualification

The Eagles were one of the ICC Men’s T20 World Cup’s great inspirers, progressing from the First Round of the competition, to then go toe-to-toe with some of cricket’s heavyweights.

They claimed the award after their successful chase over Full Members Ireland to punch their tickets for the next stage, overcoming both a tough opponent and a tricky Sharjah surface.

Ireland fired away early on, reaching 55/0 at the end of the Powerplay, with Paul Stirling and Kevin O’Brien looking in ominous form. Bernard Scholtz claimed the wicket of Stirling to turn the tide, with Jan Frylinck taking O’Brien as the first of three wickets.

Set 126 to win, the Eagles took their time in the chase through a partnership between Zane Green and skipper Gerhard Erasmus. The side upped the scoring rate late on thanks to a typical David Wiese knock, with Erasmus pacing things expertly, raising the bat for a half-century in the process.

CEO of Cricket Namibia Johan Muller puts the result into context, not only as one moment of a trailblazing campaign, but also the result of years of hard work both on the big stage and behind the scenes.

“Against Sri Lanka (at the start of the World Cup) we got completely outplayed by a high quality team, and that that was actually a good thing because it showed us the pace and the standard of of the competition. And then we had a really good win against Netherlands,” he said.

“Stirling was was just hitting the ball cleanly wherever he wanted to and they were running away with the match on a fairly difficult wicket in Sharjah. For these players to be able to bring it back from from that situation was was enormous.”

Muller praised the work of coach Pierre de Bruyn, as well as the board members and volunteers of Cricket Namibia for their hard work behind the scenes.

“Pierre de Bruyn has been instrumental in in making sure the team is well prepared for whatever comes their way and and change of mindset and how they view themselves as players. I think that is one of the biggest changes that occurred in cricket is that these players actually believe they can win,” Muller added.

“Onfield success originates in the boardroom and I must compliment our board members. The board that took over in 2018 under the leadership of Dr. Rudi van Vuuren and quite a number of influential business people who just said that we want to steer cricket in the right direction. They’re all volunteers but they have a passion for cricket.”

Speaking on the winners of the ICC Development Awards 2021, ICC General Manager – Development, William Glenwright said: “We are thrilled with the depth and breadth of award winners and initiatives that we have celebrated through the regional and now global ICC Development Awards 2021. Through the different performances, programmes and projects in 2021 we have seen not only the power our sport can have in enhancing communities in another difficult year around the world – but also the world-class cricket that is being played by our Members on the international stage

“Congratulations to all the award winners and in particular the global winners: Bahrain, Estonia, Namibia, Nigeria and Thailand. This is a proud day for our sport as we celebrate the incredible ways our Members continue to bring cricket closer to more people for them to watch, play and enjoy.”

The global winners have been chosen by a global independent panel of selected ICC Full Member Chief Executives, former international players and ICC Hall of Famers, industry experts, media representatives and other members of the cricket family.

The Capricorn Eagles, as they are affectionately known, put on what can only be described as a thrilling performance on a warm and sunny Autumn Day in Botswana’s small capital city, Gaborone. The girls took Tanzania on with all they had in them, in the second semi-final of the World T20 Africa Qualifiers to claim their fourth consecutive victory. It was a match that kept every spectator on tenterhooks. “

Capricorn Eagles showcased a remarkable run chase on a used wicket to reach the target with one ball to spare and 8 wickets down. Tanzania, ranked 7 places above Namibia at number 16 – the odds were stacked against the Namibians. The performance of the Eagles’ bowlers is one that demanded a 60 second standing ovation! While the Tanzanian batters showed Namibia metaphorical flames at one point, the Eagles bowling unit did not return empty handed. They snuffed those flames, took their wickets and secured a place in the final of the 2021 edition of the World T20 Africa Qualifiers; and the rare opportunity to qualify for a World Cup we have but only been dreaming of. Cricket Namibia congratulates the Capricorn Eagles for wining the Regional Women’s Performance Of The Year, and massive congratulations to Thailand for wining the Global Women’s Performance Of The Year Award.