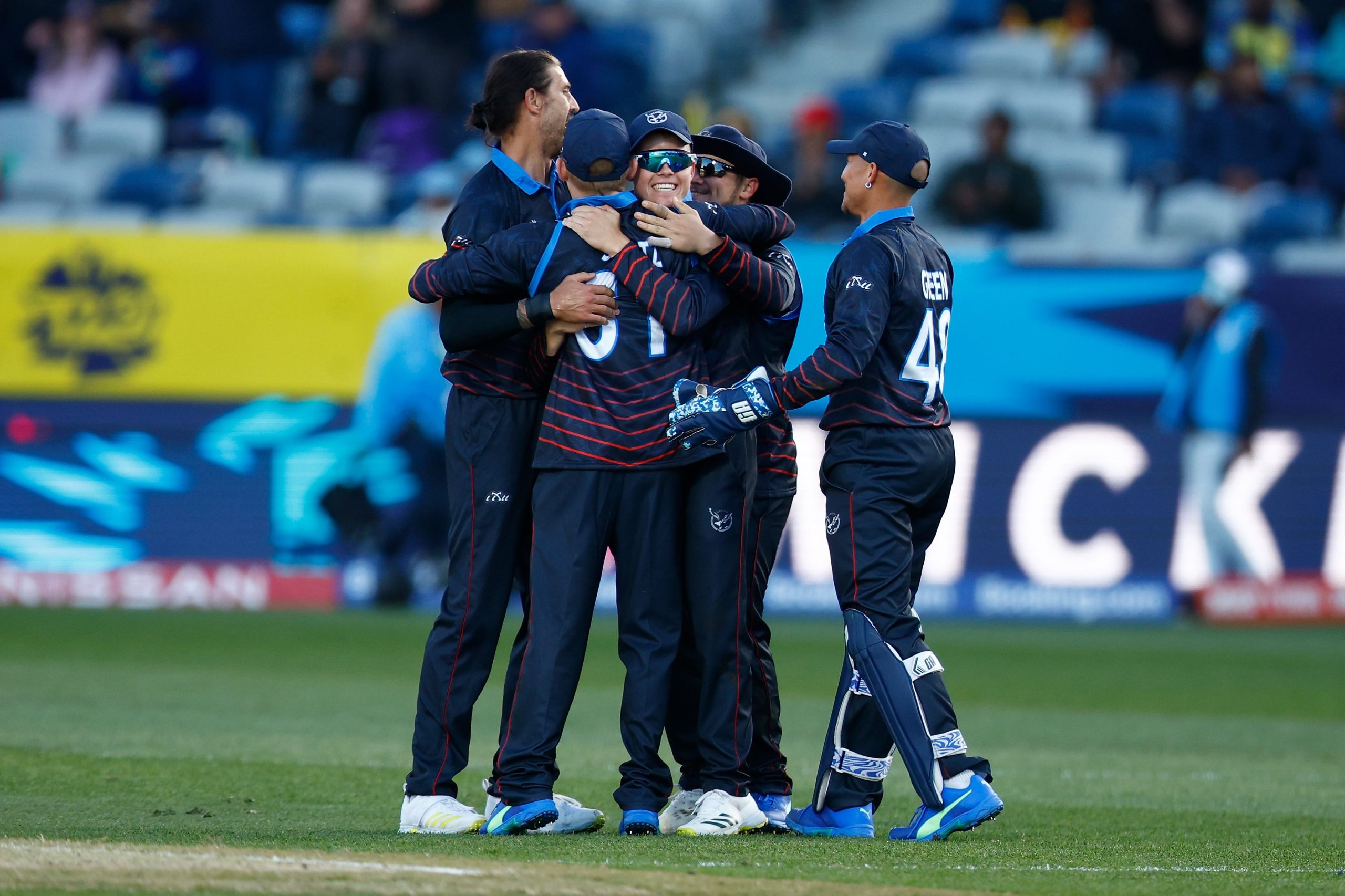 Some big hitting from Jan Frylinck (44) and JJ Smit (31*) helped Namibia overcome a shaky start to register 163/7 and that proved too much for Sri Lanka as the Asia Cup champions were all out for 108 in reply.

Skipper Dasun Shanaka (29) and Bhanuka Rajapaksa (20) provided some brief hope during the middle overs when they put on 34 for the fifth wicket, but the last six wickets fell for just 34 runs as the parochial Sri Lanka crowd at Kardinia Park was left disappointed.

Earlier Namibia lost three wickets inside the Powerplay to be reduced to 43/3, before their experienced middle-order fought back hard to swing the ascendancy back their way.

Star spinner Wanindu Hasaranga (1/27) bowled well during the middle overs for Sri Lanka, but Frylinck and Smit got on top late to propel Namibia to a handy score on a tricky batting pitch.

Sri Lanka have 48 hours to lick their wounds and recover ahead of their second match at the tournament against the UAE in Geelong on Tuesday.

It will be a must-win encounter for the reigning Asia Cup champions, with a second consecutive loss to likely leave them down the barrel of a shock exit in the First Round.

Conversely, Namibia will get the chance to book a Super 12 berth when they take on the Netherlands on Tuesday afternoon, also in Geelong.