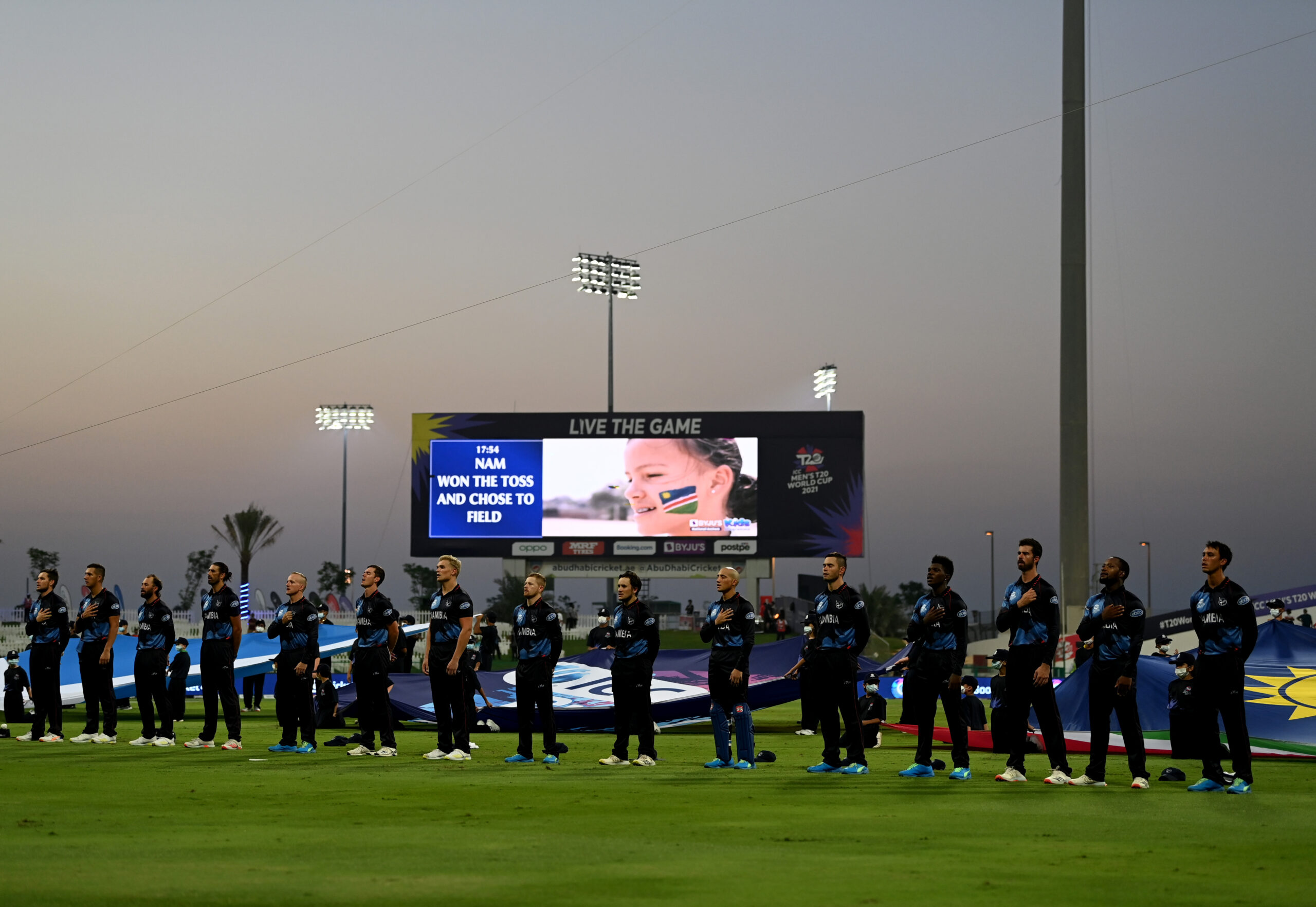 Namibia have banked on experience in their 16-member squad for the upcoming ICC Men’s T20 World Cup 2022 in Australia.

The squad will be led by talismanic skipper Gerhard Erasmus and sees a blend of youth and experience. Many of the impressive performers from the 2021 edition of the tournament have been retained as Namibia will hope to replicate their performances from the UAE in Australia.

Namibia impressed one and all in 2021, getting out of a tough group in Round 1 that included Sri Lanka, Netherlands and Ireland to make it to the Super 12 stage of the tournament.

Many key names from that historic performance are retained in the squad, along with a few who will make their World Cup debuts. Skipper Erasmus could bank on the likes of JJ Smit, Stephen Baard, Jan Frylinck, Nicol Loftie Eaton, Ruben Trumpelmann and David Wiese, who were members of the squad from the campaign in 2021.

Namibia have also introduced some new names in the squad, who will make their T20 World cup debut. Wicketkeeper-batter Lohan Louwrens, batter Divan la Cock and pacer Tangeni Lungameni are the three names in the squad who will feature for the first time in the marquee tournament.

Namibia have been paired alongside Sri Lanka, Netherlands and UAE in Group A of the Round 1 stage of the 2022 tournament. They will open their campaign against Sri Lanka on 16 October at Kardinia Park in Geelong. They will face Netherlands on 18 October and UAE on 20 October at the same venue.

Cricket Namibia Board Member, Daneel van der Walt: “Congratulations to all the players as well as the management team who will represent Namibia at the ICC Men’s T20 World Cup in Australia during October and November 2022.  We have no doubt that you will again make us proud on the world stage. We unite behind you in full support and look forward to another exciting chapter in your most inspirational story.  May you all be blessed on this special journey.”