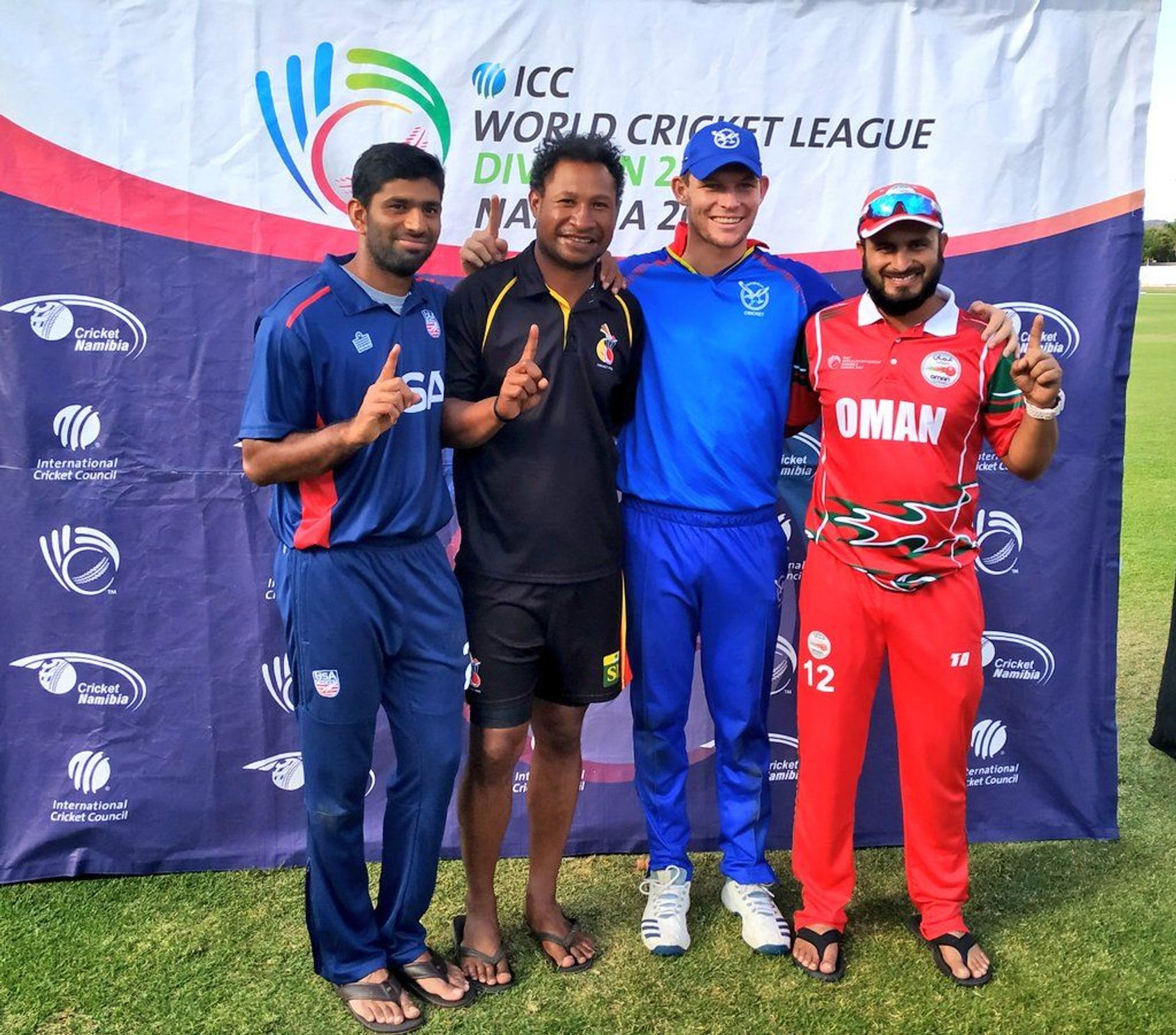 The International Cricket Council (ICC) today announced the first eight series of the ICC Men’s Cricket World Cup League 2 to begin in August 2019 on the Road to India 2023.

The Men’s Cricket World Cup League 2 provides more competitive cricket for Namibia, Nepal, Oman, PNG, Scotland, UAE and USA, with each team playing 36 One Day Internationals (ODIs) over two and half years from August 2019 to January 2022, where teams are just two steps away from the Men’s Cricket World Cup 2023. The League will see 126 ODIs played across 21 tri-series, with the first series kicking off in Scotland on 14 August 2019.

Scotland will host Oman and PNG in the first series taking place in Aberdeen on the Road to India 2023. Each series will see teams play a total of six ODIs, with teams competing for the top three spots of the League 2 table which will confirm their place in the ICC Men’s Cricket World Cup Qualifier 2022.

The bottom four teams will drop into the Men’s Cricket World Cup Qualifier Play-Off 2022 – which is a repechage event to the Global Qualifier- and will be joined by the winner of Challenge League A and B. The top two teams from the Play-Off will keep their hopes alive of participating in India 2023.

For the first time in cricket’s history 20 teams will have ODI status providing more opportunity for ODI cricket both in ICC events and in Member organised bilateral cricket.

Cricket Scotland’s Simon Smith said: “First of all, it is tremendously exciting to see how this competition unfolds in front of us over the next 30 months, with so much cricket ahead of us, 36 ODI’s. We know the quality is always high among these sides and it is very competitive, so we are really looking forward to getting stuck into this competition. It is really important for all of us, in terms of the opportunity to qualify for the global qualifier and for the Men’s Cricket World Cup in 2023 in India.”

“We have three home rounds, where we will host two nations coming to us during our home season. Around that, we will also have visits to other nations as well. In each season, we will be home once and away twice. So nine rounds of cricket for us, all in tri- series. It obviously presents an opportunity for all of us to arrange triangular and bilateral and quadrangular of the back of these rounds as well.”

PNG Head Coach, Joe Dawes said: “The new competition structure is really exciting and it is going to create an opportunity for us to play a lot of cricket over the next two and a half years. This is something we are really looking forward to and it is going to be a massive challenge. The countries involved, are all going to be great countries to travel to from a cricketing experience. But also for my players, a great life experience and I know they are looking forward to that.”

Oman Cricket Board Member, Pankaj Khimji said: “The opportunities that have come out of qualifying for League 2 are huge. We hope to meet the expectations of ICC, in terms of performance we put it, in terms of our preparations that we put it. For the next 30 months, we will make ODI status something that everyone will be happy about and to see Oman perform at the highest level.”

ICC General Manager – Development, William Glenwright said: “It is hugely exciting to see the first dates in the schedule for ICC Men’s Cricket World Cup League 2. 126 ODIs over two and half years and three places in the Men’s Cricket World Cup Qualifier gives teams so much to play for through a schedule that provides teams with much more international cricket in fixed windows to allow for better preparation and planning.

“The new structure, which has been developed in close consultation with the Members, will present some outstanding cricket and, most importantly, will ensure that the Associate Members that qualify for the Men’s Cricket World Cup Qualifier are even better prepared to stake their claim for a place at India 2023.”