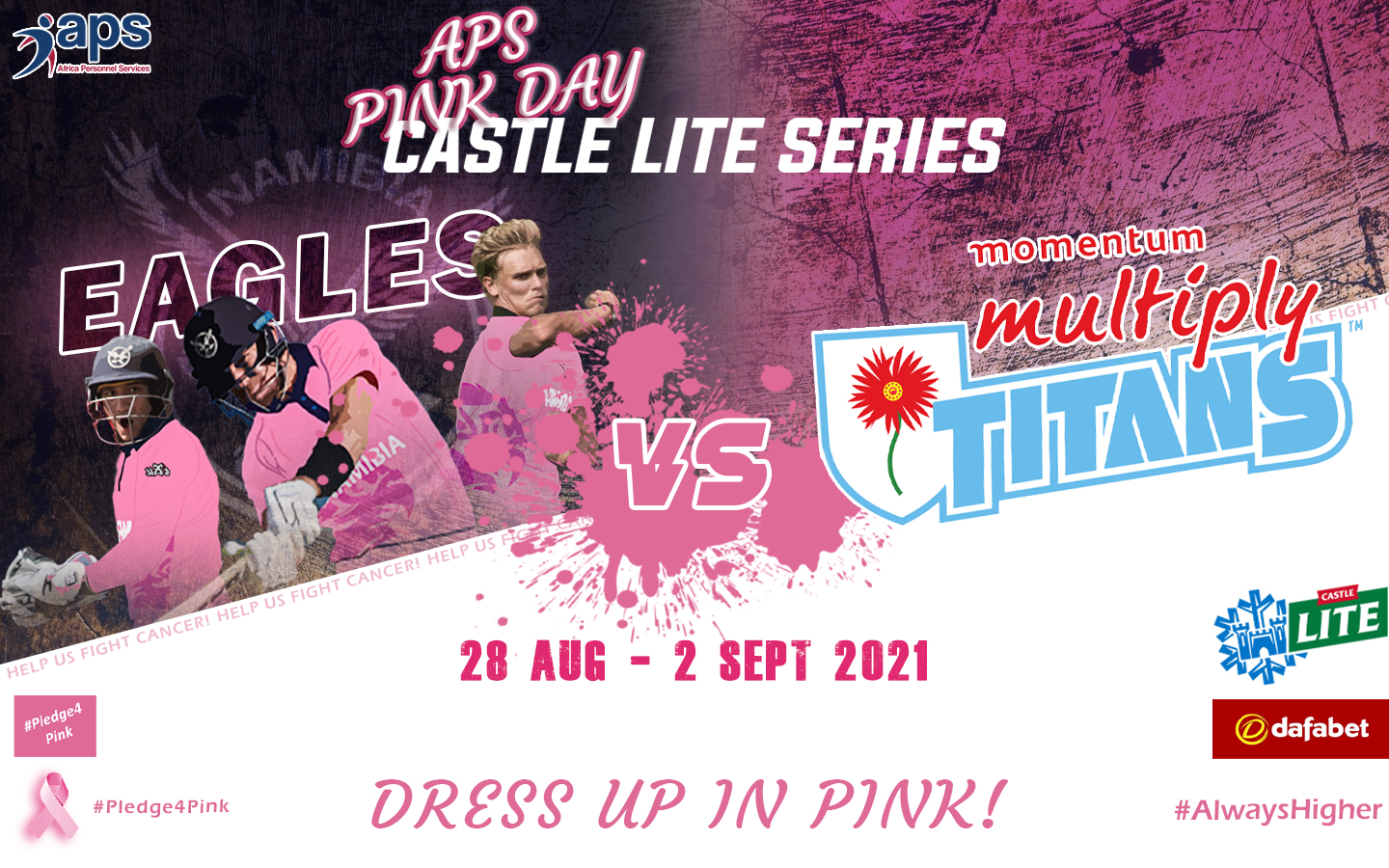 Cricket Namibia brings you another Castle Lite series to be hosted in Windhoek from the 28th of August – 2nd of September 2021. Eagles will be facing the South African franchise cricket team Titans in a five-match tournament, four T20’s and one 50 Over game, at the Wanderers cricket ground.

The Eagles last played a week ago against the Emerging Zimbabwean team of which the Namibians showcased top-class onfield performances. The Eagles batted well in the recently held series and the Skipper led with a magnificent 330 runs in the tournament.

With the Eagles qualification to compete at the ICC T20 World Cup in UAE, the team has a bigger focus on the T20 format, and the Eagles are taking every opportunity to prepare for the Big Dance. The Momentum Multiply Titans will be a great and challenging series with a couple of test players in their squad, and that is exactly what the Eagles need at this stage, “challenging and competitive cricket.”

Hosting the Momentum Multiply Titans is a highlight on the Cricket Namibia calendar. The series was scheduled to be hosted in 2020 but had to postpone due to Covid, CN is eager to finally host the Titans again this year. This series falls into conjunction with the first-ever APS Pink Day. This day is part of the #Pledge4Pink campaign in support of cancer awareness which includes various events and fundraising initiatives.

Cricket Namibia’s CEO Johan Muller is looking forward to a tough on-field contest which is part of the team’s build-up towards the T20 World Cup later this year. “They are one of the most successful franchise teams from South Africa and it will be a good contest for our team to measure themselves.”

“A unique relationship has developed between the two entities”, says Muller, he further added that he hopes for the fixtures to become a permanent event in Cricket Namibia annual calendars.

Momentum Multiply Titans CEO, Dr. Jacques Faul: “It is an honor for the Titans to play the inaugural Pink Day Match against Namibia in Windhoek. I want to thank Namibian Cricket and, in particular, Johan Muller for inviting us and for all the hard work behind the scenes to make this possible.”

“We have seen what a success the annual Pink Day at the Wanderers in South Africa has been and how it has highlighted cancer awareness. I am sure that the Namibian Pink Day will have the same effect. I want to thank all the sponsors who have contributed to this match. It is important for sport to play a positive role within communities. Highlighting the awareness of cancer is a humble small way that we can contribute via the Pink Day Match.”