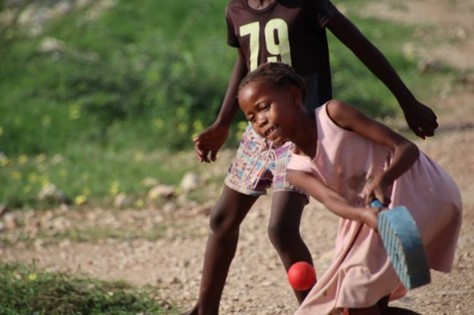 Accessibility and expansion of the game of cricket in our country has been a focus point for Cricket Namibia and we are proud to have a team that actively works towards achieving Cricket Namibia’s vision.

Being professional and the leading sporting code in Namibia, we are responsible to position ourselves and represent Namibia at the highest level at international stage on-field performance and locally amongst other businesses.

With 2022 being an eventful year for Cricket Namibia, we are looking forward to exciting tournaments and different programs from mini cricket, school, youth, high performance and club cricket.

Ashburton Mini Cricket: Community members and schools remain important stakeholders for Cricket Namibia to grow and expand the ASHBURTON Kwata program. The mini cricket program is a support and feeding system that forms part of our pipeline created to feed players into hardball cricket. The ASHBURTON Kwata festivals have become a tradition for sports enthusiasts, and thus, the game have become more popular in our local communities.

Junior club cricket was introduced by Cricket Namibia in 2021 and there has been an increase in participation of boys across age groups. The Junior Club cricket format exposed the young players and have grown in team spirit, discipline, built up character and enhanced the quality of leadership. The games have been competitive among the junior clubs; WHS, Wanderers, CCD and United and the u/13 finals were successfully played between Wanderers and United.

The Outjo Cricket Development Hub hosted its Annual Independence Festival over the Independence weekend whereby eight teams competed in a 15 overs format competition. The tournament consisted of six teams from Outjo and two cricket teams from Keetmanshoop. This was a special tournament for Keetmanshoop coaches and players as it was their first official outbound tour as a team. The tournament was attended by Cricket Namibia mini cricket coordinator, Jona Ambuga who says the tournament was a success and that it is great to have smaller cricket towns such as Keetmanshoop exposed to competitive cricket.

HIGH PERFORMANCE: The High-performance senior players consist of u16 and u19 players who consistently attend the HP program run by the National U19 Coach in Windhoek. The U19 Coach has been actively involved in servicing coastal u16 and u19 players with the help of Justice Hangula. The focus for the past three months have been the fundamentals of batting, bowling, fielding and the technical part of the game with the assistance by national players.

Cricket Namibia hosted the Annual Richelieu T20Franchise competition at Trustco United field over two weekends; 19th – 20th   and 25th – 27th of March 2022. The competition is the highest form of club cricket, and it serves as a talent identification program for the National Head Coach to increase the pool of players to select from. Although the weather condition was a challenge throughout the tournament, the event was yet another successful Richelieu T20 competition. AMH/BA Blasting made history in the franchise competition as they were victorious and was named for the third time in a row, “THE KING OF SWING”. XCO/MM Signs showcased good, consistent cricket throughout the tournament as they came second on the log table. Cricket Namibia is looking forward to the 2023 Richelieu Franchise T20 competition with exciting cricket action.

NATIONAL MEN’S TEAM: Cricket Namibia hosted the Ireland Wolves from the 21st of March – 5th of April at Wanderers Club. The inbound tour was an eight-day series with three T20’s and five 50 Over games. The focus for the series against the Wolves was to give young players more game-time opportunity. The Namibian side won the T20 series whereby a very young squad showcased great cricket in their innings but the 50 Over series had to be shared with both teams winning two games each.

RICHELIEU EAGLES: The Namibian Eagles cricket team and Richelieu have sealed their recent partnership with a celebratory event held at Wanderers Sports Club on the 31st of March 2022. Cricket Namibia and Richelieu was pleased to announce the naming partner of the Eagles. This announcement amplifies the partnership between Cricket Namibia and Richelieu while guests were introduced to the newly branded RICHELIEU EAGLES and the “Your Team. Your Richelieu. Your Way.” Campaign message.

BENCHMARKING: Continuous improvement and implementation has become consistent for Cricket Namibia. Cricket Namibia head of Marketing and Finance staff participated in the 11-day ICC Benchmarking 2022 hosted in South Africa. ICC Africa strives for the Associate African members to operate professionally in all areas of the cricketing world. The benchmark exercise exposed the Associates to the level of operations; coaching, administration, finance, commercial, marketing, cricket hubs and mini cricket programs. The aim was to get exposed to how South Africa runs their programs successfully and how the Associate members will implement new ideas and concepts in their countries.

ASHBURTON KWATA: Schools being an important stakeholder for Cricket Namibia, it is vital to get more public and private schools involved in the game of cricket. The ASHBURTON Kwata program aims to implement the sport at schools during the Physical Education period. There is more to just playing cricket, cricket revives hope, it provides a future to be the next cricket hero representing the nation at a World Stage. Street cricket has become one of the successful and fun ways for children to enjoy their day in the streets. Street cricket has given our local communities a safe environment for children to enjoy themselves. Cricket Namibia has taken the street cricket initiative to increase the mass participation numbers that would contribute towards the ICC scorecard. Cricket Namibia min cricket coordinator Jona Ambuga has dedicated the month of May for active street cricket programs aiming to play 40 tournaments through street cricket.

OUTJO CRICKET DEVELOPMENT: Cricket Namibia is excited to announce the first ever Capricorn Outjo Girls Festival scheduled to be hosted on the 4th – 6th of May 2022. The tournament will consist of 12 teams from the various cricket towns in Namibia; six u13s and six u19 teams that will be part of the tournament.

CAPRICORN EAGLES TRI SERIES:  The Capricorn Eagles busy schedule starts on the 19th of April with the tri series against Uganda and Zimbabwe which is aimed to improve the Capricorn Eagles ICC T20 world rankings. Preparation for the tournament has been good so far with a squad of 24 players that have played seven T20 matches to form part of the selection process. The process will be narrowed down to 14 players that will have a national training camp from the 8th – 10th of April 2022.

RICHELIEU EAGLES: The Richelieu Eagles have a big year ahead and it is vital for the team to have their best performance in every game as they build up towards major events. The Richelieu Eagles will be changing format into T20 cricket as we host the Ugandan National Men’s team from the 8th until the 13th of April 2022 at Trustco United field. Cricket Namibia is excited to welcome back JP Kotze from his retirement as he will be representing the nation during the series against Uganda. The tournament starts off with three T20I’s and two 50 Over games.