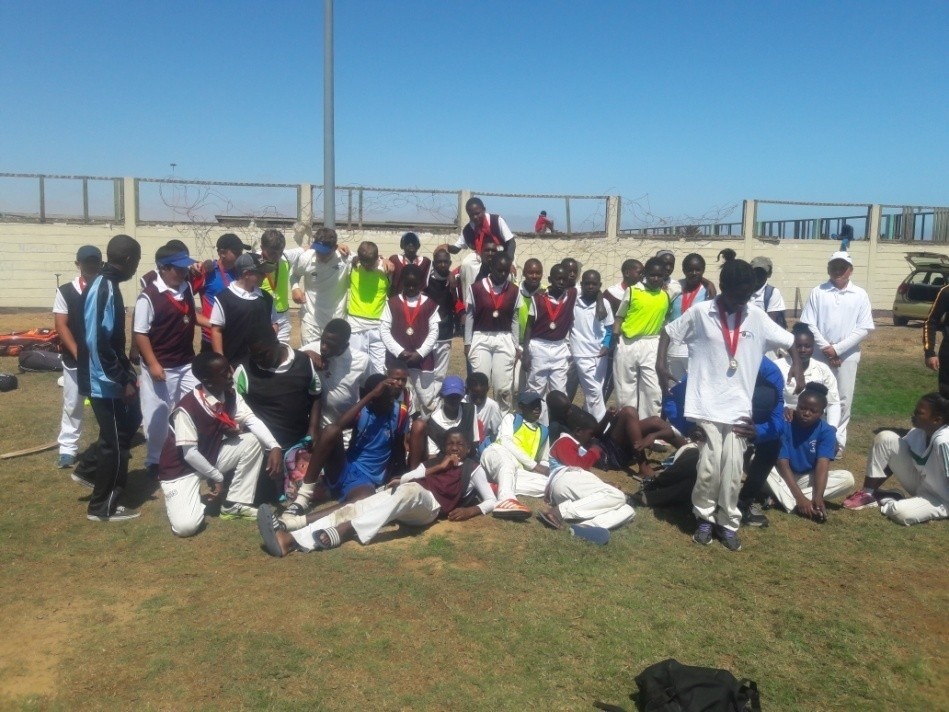 PLAYTIME in association with Cricket Namibia recently hosted a U/15 8 aside cricket tournament. The tournament is hosted annually in Kuisebmond with the motto of promoting cricket in Kuisebmond and the coast at large.

The tournament consists of four teams the RED BULLS, BLUE BULLS, YELLOWS and the ALL BLACKS. Every year there are coaches allocated to teams for the tournament. Playtime is there to make sure that all players get the equal opportunity to play, as the bye laws consitutes. Tournament rules to play by:

From and organisers point of view, it is the a good tournament to expose Junior coaches and the player to an atmosphere filled with pressure. It was also good to develop and to have the quantity we have but quality players is also very important is needed and our U/15’s got it all.

‘Men of match’ per games:

Bowler of the tournament: Saima Tuhadeleni

Batsmen of the tournament: Addo Iita

Coach of the tournament: Scott Winborn