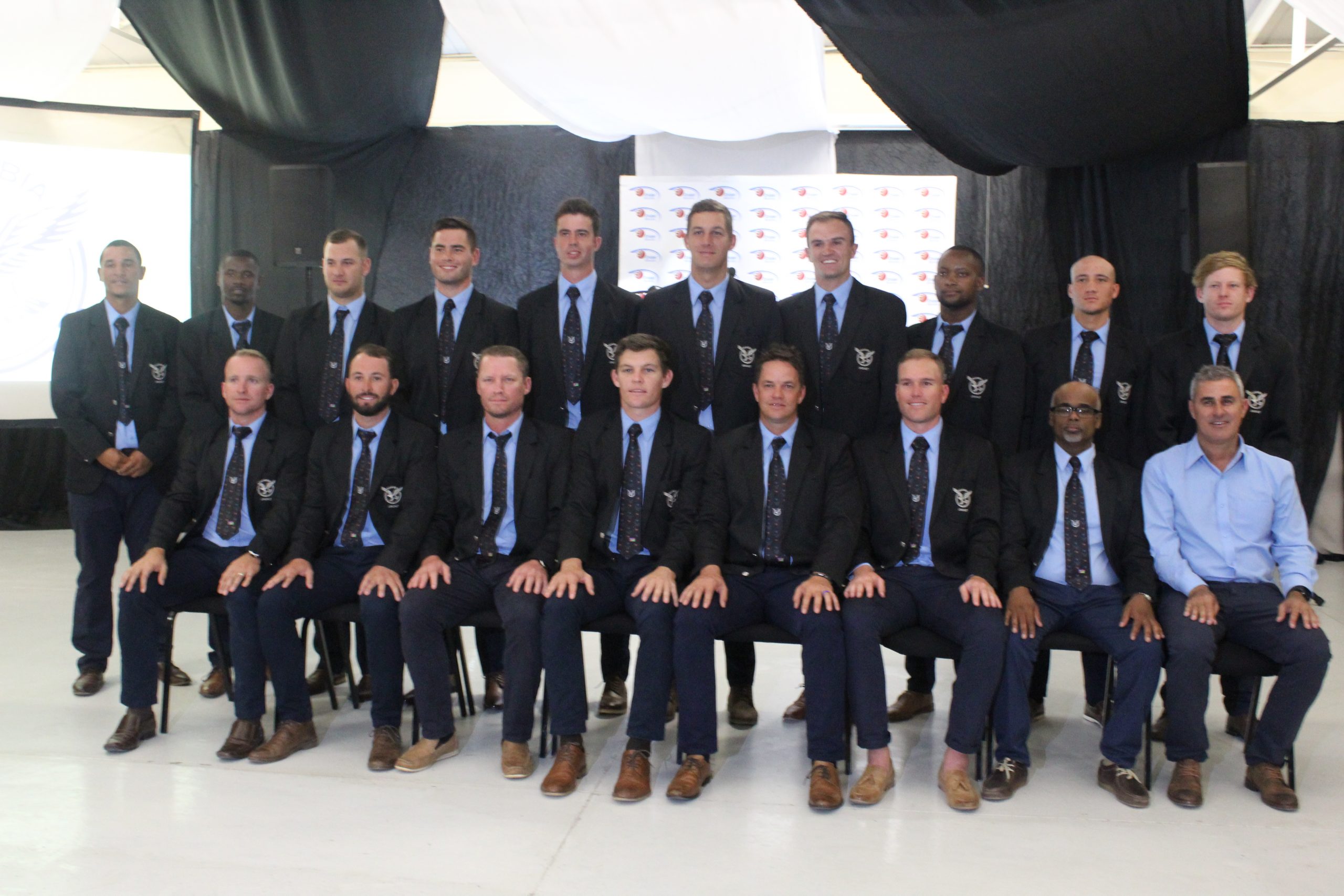 The Men’s Team held its Capping Ceremony on Monday, preparing them for the ICC World Cricket League 2 which will be hosted in Namibia from 20 – 27 April 2019. The ceremony was special as there was an open discussion with members of the 2003 World Cup team, whereby the current players learnt the importance of unity within the team and off the fields as well.

The evening kept being lit up by Master of Ceremony H.D, who referred to the team as the ‘Crème de la Crème’ and therefore has no reason not to make it in the tournament. The tournament will begin on Saturday 20 April 2019, Canada will take on Hong Kong, Oman face off against USA, and Namibia clash with Papua New Guinea.

One of the reasons why the 2001 and 2003 team was successful is that they had the “Stockdale Paradox”, prevailed unwavering faith and practiced discipline. “We have the right people within the team and the organization and that is why the National Team will succeed,” Dr. Rudi van Vuuren, Cricket Namibia President said. “The Stockdale Paradox is within the squad and another legendary team will be produced.” Board member Deon Kotze, who was also part of the 2001 and 2003 team, advised the squad that the only way to be calm on the field is by being able to manage other people’s expectations and believing in themselves more.

Players are bonding and everyone is abiding to the culture that the squad has created which is to be a unit and working together. The players are happy with Coach Pierre de Bruyn and are keen to see what more he could do for them as a team.