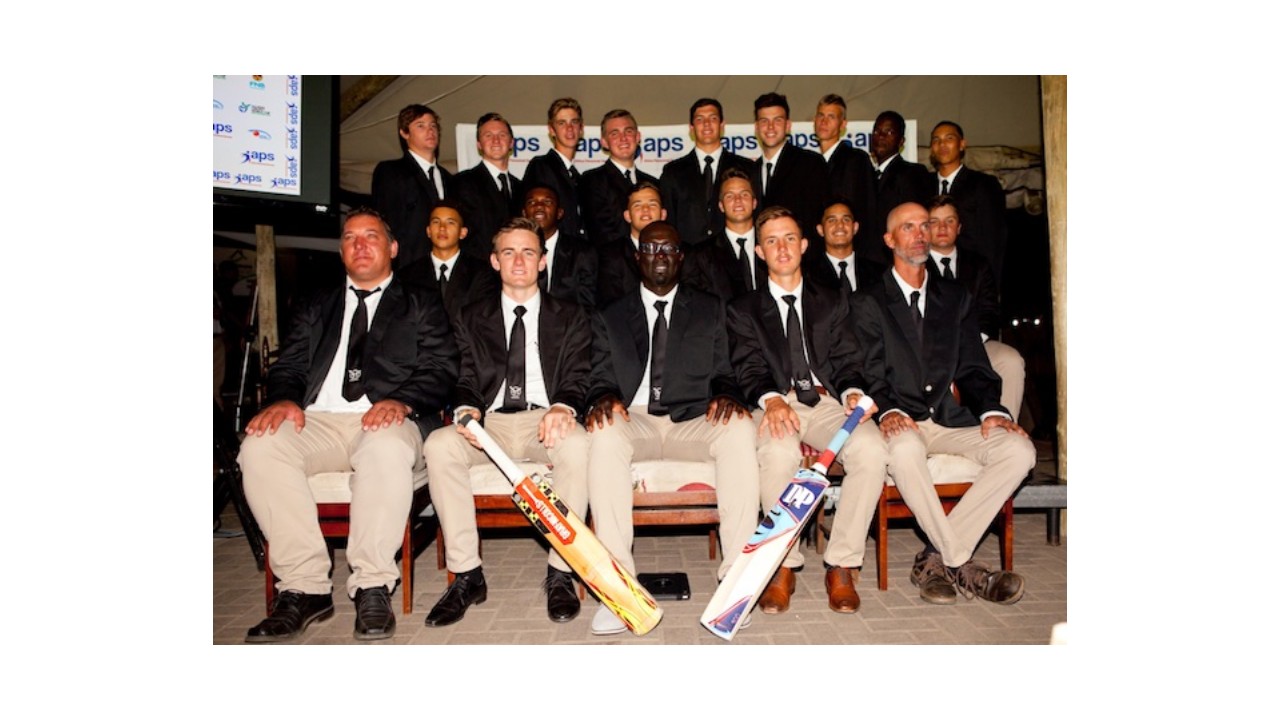 THE Namibia u19 national cricket team held its capping ceremony on Saturday evening, ahead of a busy period that will culminate in the u19 Cricket World Cup in New Zealand early next year.

The team leaves for South Africa at the end of the week to compete in a Tri-Nations Tournament against South Africa and England, while they will compete in the annual Coca-Cola Khaya Majola Cricket Week in South Africa during the school holidays.

The team is also set to leave for New Zealand early in January for the u19 Cricket World Cup that will be held from 13 January to 3 February. Namibia qualified for the 2018 u19 World Cup after finishing as the top Associate member at the 2016 u19 World Cup. Namibia will compete in Group C against Bangladesh, England and Canada, with its matches taking place in Lincoln in the Canterbury region and Queenstown, a resort town in Otago.

At the capping ceremony, Andre Snyman, the vice president of Cricket Namibia congratulated all the boys, saying their selection was the result of hard work and dedication.

“The fact that you are here tonight is not only a reflection of your talent and ability, but also proof of your hard work and dedication. This upcoming tournament is an ideal opportunity for each player to compare yourself against the best in the world at your age group. It is a well known fact that most senior leading players in the world have played at the u19 Cricket World Cup,” he said.

Snyman encouraged the players to grab their opportunity with both hands.

“This is the ideal opportunity to get the attention of the selectors and the national coach for future senior national team selection. It is an honour to represent your country and to play at a World Cup. Remember you are now playing on the global stage – it is a once in a lifetime opportunity,”

The team captain Lohan Louwrens said the team had formed a strong bond over the years.

“We have the opportunity to make history, so let’s take it. Unlike other people who think that because we don’t have many cricketers its a disadvantage, I think it’s a massive advantage. We know each other, we have played together since our u11 days and we are all good friends. We play for the team and for each other,” he said.

“Let’s not forget where our cricket comes from and lets make sure to leave a legacy for our younger players to follow,” he said.