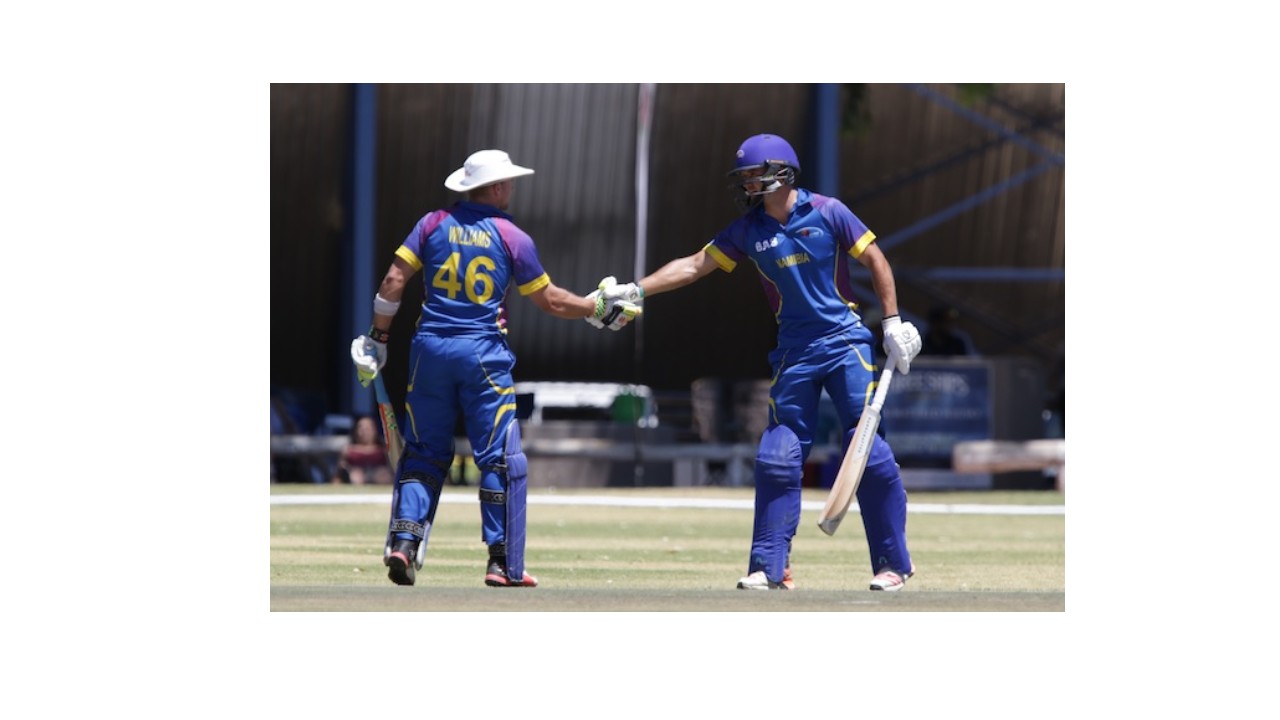 NAMIBIA got their Sunfoil 3-Day Cup campaign off to a great start when they beat Northern Cape by seven wickets on Saturday.

Northern Cape had taken a slight lead on the first innings and set Namibia a daunting victory target of 260 off only 60 overs, but a huge partnership by Jean Bredenkamp and Craig Williams secured them a stunning victory.

On Thursday, Northern Cape scored 309 all out after winning the toss and electing to bat.

Opening batsman Driaan Bruwer led the way with a fine century, before he was eventually dismissed by Nicolaas Scholtz for 101 which came off 216 balls and included 11 fours.

Namibia replied with 281 all out as North West took a 28-run lead on the first innings.

Northern Cape declared their second innings at 231 for nine wickets, with Aubrey Swanepoel and Warren Bell both scoring 48, while Bernard Scholtz was Namibia’s stand-out bowler, taking 5/54 off 24 overs.

This left Namibia with a victory target of 260 runs which they had to get off only 60 overs, and their hopes took an early knock with the dismissals of Stephen Baard (5) and JP Kotze (21).

Bredenkamp and Williams, however, took them to victory with a massive partnership of 194 runs.

Bredenkamp went on to score his maiden century for Namibia and was eventually dismissed for 114 which came off 165 balls and included 13 fours and two sixes.

Williams remained not out on 90 off 118 balls, which included seven fours and three sixes.

On Sunday, Northern Cape, however, took the honours when they beat Namibia by one wicket in a thrilling CSA One Day Challenge match.

Northern Cape reached the winning target with only two balls remaining and one wicket in hand.