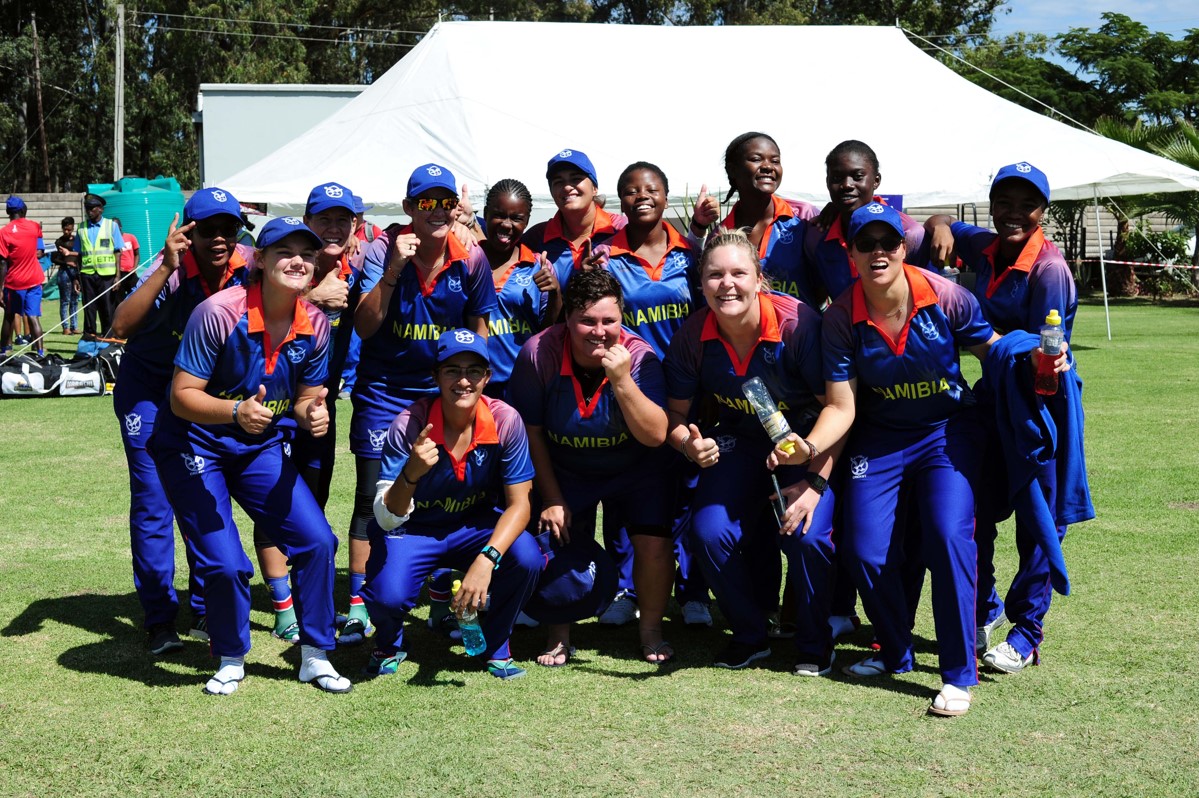 Namibia to compete in Scotland

ICC has confirmed on Tuesday that Namibia will participate in the ICC Women’s T20 World Cup Qualifier 2019 following the suspension of Zimbabwe.

Zimbabwe was suspended by the ICC last month for political interference after Zimbabwe’s Sports and Recreation Commission suspended the Zimbabwe Cricket Board, which was elected in June, and replaced it with an interim committee.  This has now made way for the Namibian National Women’s team to go to Scotland as they were the runners-up to Zimbabwe at the African qualifying tournament in Harare in May.

The team will depart Namibia on the 26th of August to join the host Scotland, Bangladesh, Papua New Guinea, Ireland, Netherlands, Thailand and the USA to compete for the two remaining spots at the ICC Women’s T20 World Cup 2020.

The ICC have decided to maintain “the balance of regional representation in the global qualifying events” and as such Namibia step into the frame by their finishing spot in the Africa regional pathway having lost the final of the women’s African Qualifier to Zimbabwe.

The Captain of the National team, Yasmeen Khan says that the team was thrilled about the news and they are very excited to go represent Namibia.

“We are extremely thrilled about participating in this tournament, as it is going to put Namibia Women’s Cricket on the map.”  The team has been practicing since the end of May and have been working on the shortcomings they had in the previous qualifier.

“Next week we are heading to SA for some warmup matches which will be very crucial for our preparation for Scotland. We are also very fortunate that the school holidays fall in the same period as this tournament, because the players from outside Windhoek are now able to come in and allow us to train as a full squad.”

Cricket Namibia Board Member Hetser Khan, who is also the head of women’s cricket in Namibia said that the team has improved since Leonard Nhamburo was appointed as coach earlier this year.

Coach Leonard Nhamburo says that the team is ready and that they have been working to improve their game.

“These opportunities do not come easy, we as the Namibian team need to focus on our games and play to the best of our abilities and make the nation proud. ICC is the international governing body and we follow whatever decision they make. We just need to play more matches locally and internationally I believe it will increase competition among players.”

The National Men’s team will however compete in the T20 Qualifier in UAE in October along 13 other nations, where they will compete for one of six places at the T20 World Cup 2020.