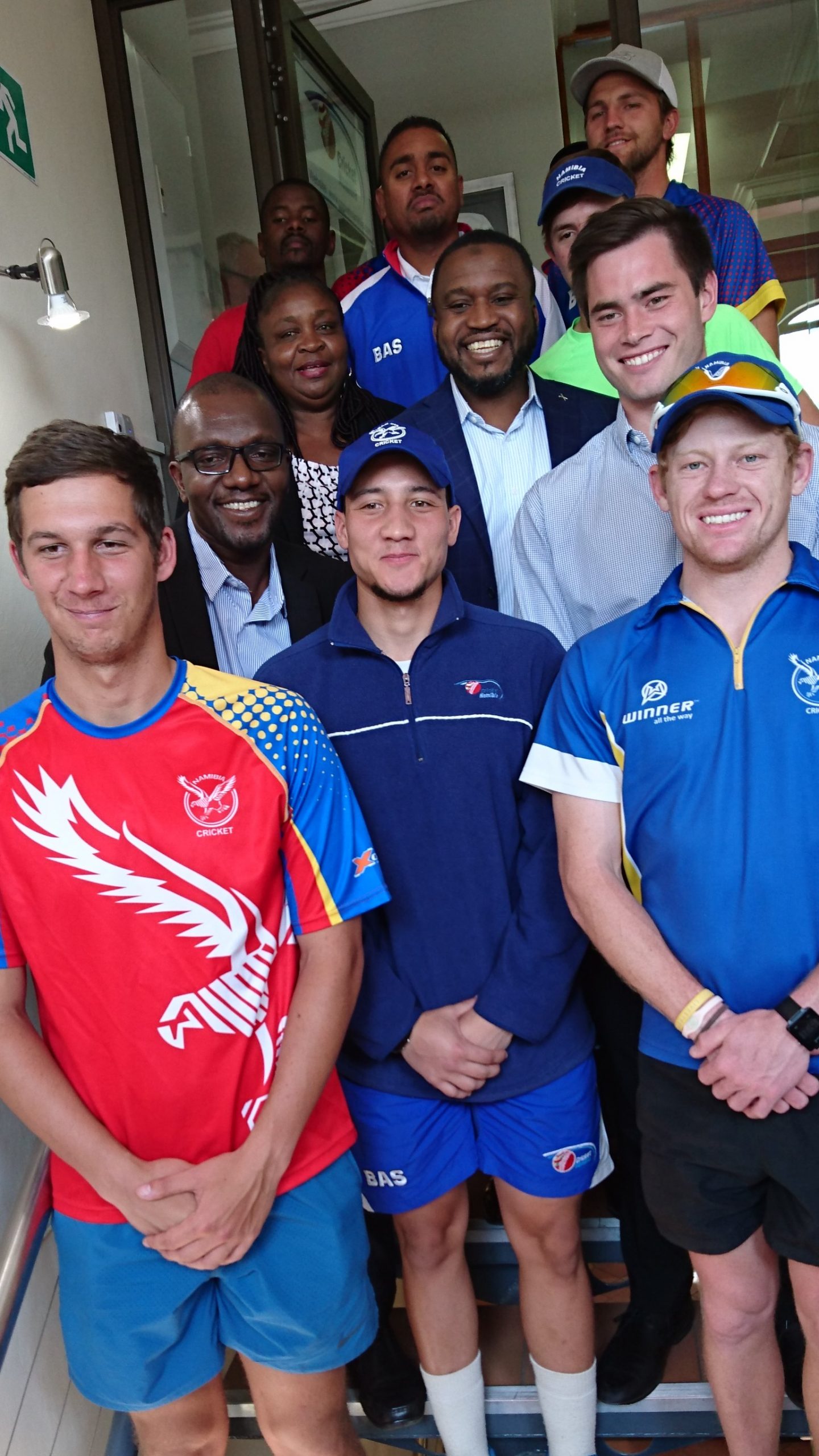 AN ICC Africa delegation is currently visiting Namibia, while it holds talks with the various role players in Namibian cricket.

The delegation, which consists of the development manager for Africa, Patricia Kambarami; the Finance and Operations Officer, Kuben Pillay; the ICC Development Officer for Africa, Justine Ligyalingi and ICC consultant, Zelkifu Ngoufonja has been in Namibia for the past few days during which time they have held talks with Cricket Namibia as well as the Namibia Sport Commission.

“Our visit is more about raising interest in the game and how we can take the game to the people,” Kambarami said.

“We met the Namibian men and women’s national teams and interacted with them and the feedback we got is that they need exposure to play at a higher level. So we are looking possibly at player placements and opportunities to play in higher leagues,” she said, adding that the Namibian club leagues needed to be strengthened.

“We met Cricket Namibia’s board, and we talked to the staff, the players and various external stakeholders like the Namibia Sport Commission who are very important to us. They have the same vision as us to spread the game and we need their support,” she said.

Kambarami said she was impressed with Cricket Namibia’s development programme, but that they needed to reach further heights.

According to Cricket Namibia development manager John Haynes, more than 17 000 children in eight of Namibia’s 14 regions are now involved in their Kwata softball development programme from u11 through to u19 age groups, while hard ball cricket is played in four regions of Namibia.

Kambarami added that she was particularly impressed with the growth of women’s cricket in Namibia, which now has about 70 players involved in five teams.

This season a women’s cricket league will be held for the third time, with five teams playing in T10 and T20, and 30 and 40-over games.

According to Kambarami, cricket is growing at a fast pace in Africa and they are aiming to reach two million players by 2023.

At the moment there are only about 230 000 players in Africa, but Kambarami was excited about the game’s potential for growth on the continent.

“Cricket has tremendous potential for growth in Africa. A country like Nigeria has already doubled its numbers over the past few years, while Uganda, Kenya and Rwanda are also showing a lot of growth,” she said.

She also lauded Cricket South Africa for their support to develop the game in Africa.

“We now have four African countries competing in the Africa T20 tournament which takes place in South Africa this month, after Namibia and Kenya were joined by Nigeria and Uganda,” she said.

Cricket Namibia, meanwhile, announced that Namibia’s national team will have a practise match at Wanderers on Sunday against a Namibian A side in preparation for the Africa T20 Cup.