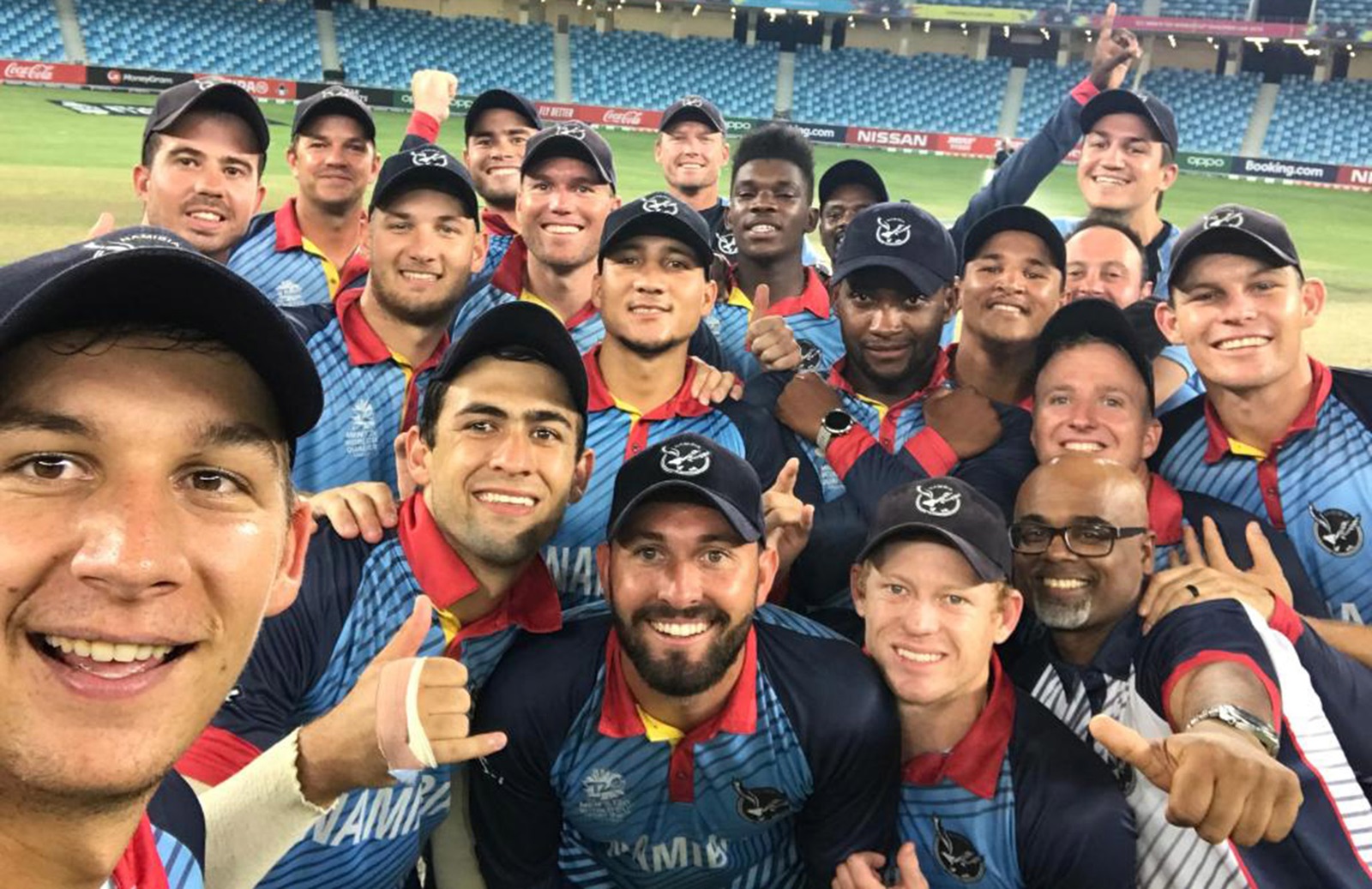 A record-breaking performance from Namibia to regain ODI status has gained recognition in this year’s ICC Development Awards.

Selflessness, courage, pride based on sacrifice, and a will to inspire the next generation are the qualities the Namibian men’s team hope to live by. And all of that came to the fore on a historic day in April 2019.

During the ICC World Cricket League Division 2 matches being held on home soil, not only was ODI status on the line, but also perhaps the country’s pride itself. And Namibia delivered, winning their match against Hong Kong with a big enough margin to improve their net run-rate and ensure they would once again be an ODI nation after 16 years.

It marked a major development for a country that had been on the brink of qualifying several times before. They went on to beat Oman in the finals to win the title and secure their first ODI win.

The tournament had started with a win against the higher-ranked Papua New Guinea. The performance provided the perfect confidence boost to the players, coaching staff and supporters. Then, they lost narrowly to USA in a tight run chase, before bouncing back against a strong Canadian side. However, another loss to Oman put them under pressure.

Missing out by narrow margins in five previous attempts had placed enormous pressure on the team going into the Hong Kong match. Namibia needed to win big.

Sent in to bat on a green wicket, they were bullish as they accumulated 396 – the second-highest total for an Associate in List A cricket – buoyed by centuries from JP Kotze (148) and Stephen Baard (122) in a second-wicket stand.

Kotze was in a particularly punishing mood, slamming nine sixes and 15 fours in his 86-ball knock. His hundred came off just 62 balls, before JJ Smit (61* off 26) and Zane Green (41* off 21) provided the fireworks at the end.

Namibia used eight bowlers, and they hunted in a pack to bowl Hong Kong out for 245, win by 151 runs and ensure the ODI status they had worked so hard for.

ODI status will have a significant impact on cricket and also professional sport in Namibia. As a Cricket Namibia spokesperson explained, “The qualification meant that we can have 17 players on full-time contracts and through this became the only sporting code in Namibia that turned professional … The fact that high quality cricket content will now be played on home soil has led to an increase in exposure to the game which aids the growth of our development programmes.”

A few months later, Namibia took another leap forward when they became one of the six teams at the ICC Men’s T20 World Cup Qualifier in UAE to seal their place in the World Cup in Australia.

Crediting the work of coach Pierre de Bruyn for instilling “a hard-working, disciplined culture” and the leadership of the level-headed skipper Gerard Erasmus, Cricket Namibia added, “To gain ODI status and qualify for the T20 World Cup in the same year are magnificent achievements of which we are extremely proud. Credit must go the every administrator, board member and player who set up and fostered the game in the country for the last 20 years.

“Our team has also proven this year that they can compete against higher ranked, competitive teams in the world.”