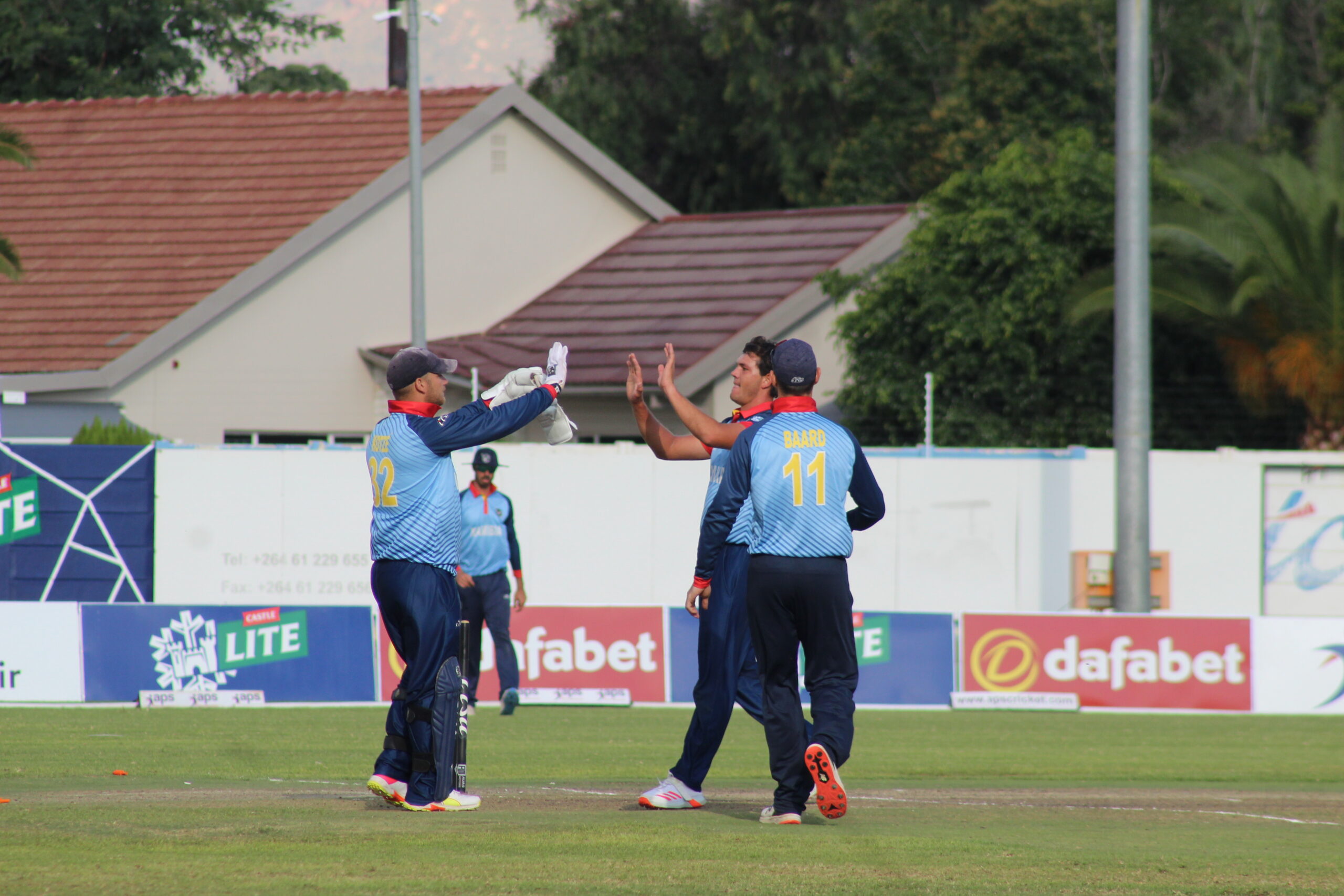 Cricket Namibia is pleased to announce another Castle Lite series to be hosted in the Land of the Brave. The Eagles will be facing the neighbouring South African Emerging team in a six-match tournament, three T20’s and three 50 Over games, at the Wanderers cricket ground.

This is an exciting time for Namibia to host a competitive Emerging South African team, which is aligned with CN’s obligation to bring high quality cricket to our country and supporters.

The T20 World Cup is six months away and the Eagles are using every opportunity as they build-up to The Big Dance. Their mission is to improve in every department; batting, bowling, fielding, physical, and mental wellness to keep striving for a better performance onfield.

The Namibia National Men’s Head coach, Pierre de Bruyn stated: “Having the opportunity to host the SA Emerging team is not only the first time in many years, but also a great chance for the Eagles to measure ourselves against a team from a Test-playing nation.”

“These Emerging players are the next crop of players to represent the Proteas in the future. For the Eagles, we are excited for the challenge and we will build and compete with confidence and pride. The Eagles showed a lot of character and courage during the Uganda series and we will build on that.”

Cricket Namibia CEO Johan Muller welcomes the SA Emerging side to Namibia and emphasizes the importance for both entities to grow the mutual relationship to enhance both CN and CSA programs.

“International cricket is on the increase and it is important that our team is ready for the start of the Cricket World League 2 Tri-Series, but also ensure that our continuous preparation towards the World Cup stays on track. We are fresh from a successful series against Uganda and were pleased to see that the work during the Covid-19 pandemic paid off.”

“The team will spend the duration of the tour a Bio secure bubble; we have the responsibility of keeping them safe while introducing them to International cricket. We are looking forward to a wonderful series.”