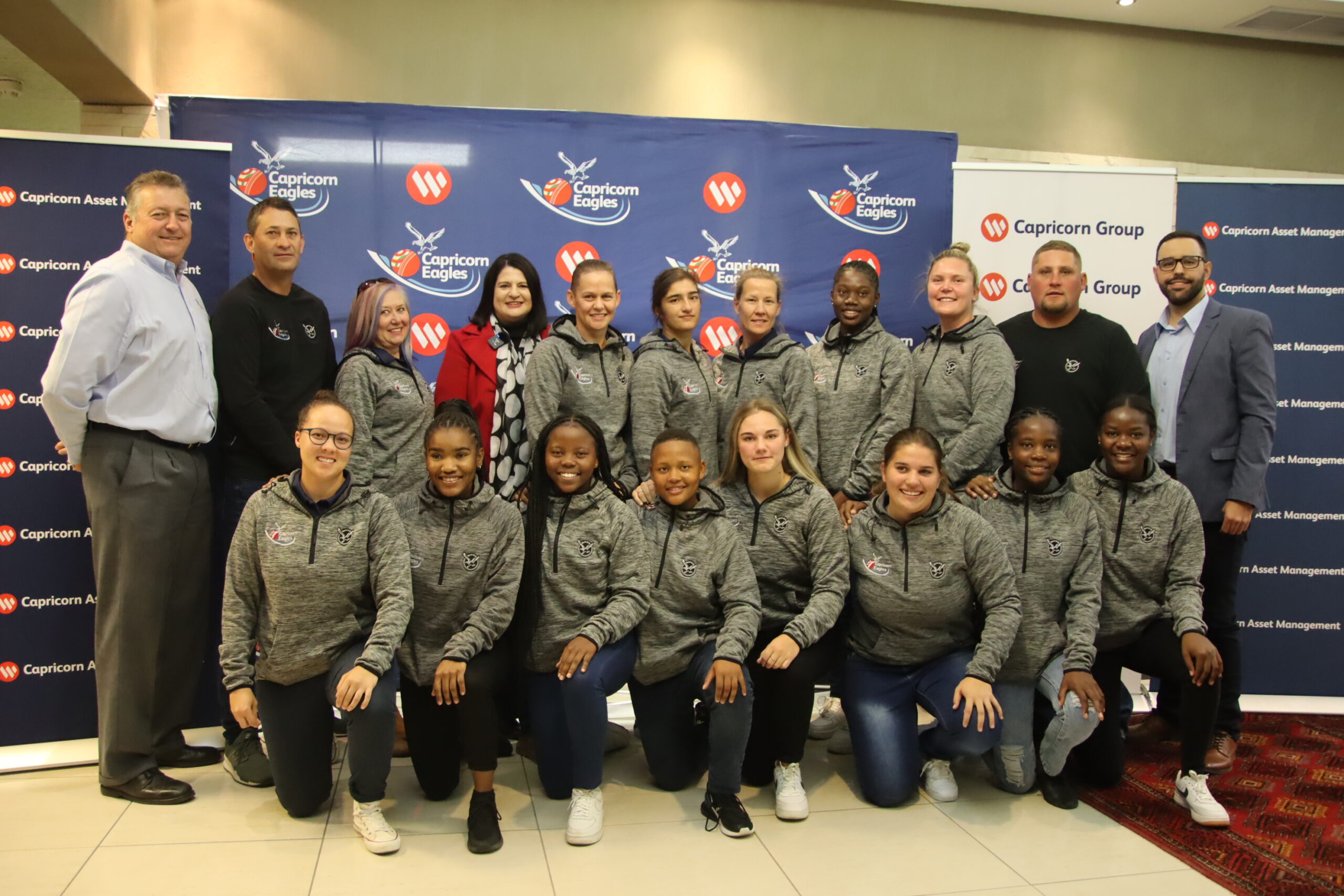 Cricket Namibia’s strategic vision for women’s cricket in Namibia is to creatively professionalize the women’s game to support the players and to grow junior structures and participation through organised girls cricket festivals and girls cricket school leagues.

Marlize Horn of the Capricorn Group also expressed pride in the partnership with Cricket Namibia, whose leadership has demonstrated passion and commitment to cricket development over the years. “We are excited to announce that Capricorn Group has this year increased its investment in the Capricorn Eagles to N$300 000, excluding a range of branded gear for the squad and other in-kind support that will be provided during the year for the girls cricket festivals and girls schools league.  Capricorn Group thrives in creating positive change in our communities, and hope that our continued support of women’s cricket in Namibia will nurture the sport and increase female participation. Since our partnership with the Capricorn Eagles started in June 2021, the team has made great strides in local and international tournaments. They fly the Namibian flag high wherever

they go and we are proud to be associated with these inspirational women,” she said.

The Capricorn Eagles are scheduled to leave on Saturday, 25th of June for an eight-match international tournament, going into a head-to-head battle in five T20Is against the Netherlands, and finally towards the end of the tour, facing Germany in three T20Is. The European tour is crucial for the Capricorn Eagles to improve in their rankings and towards executing on the strategic vision for female cricket in Namibia.