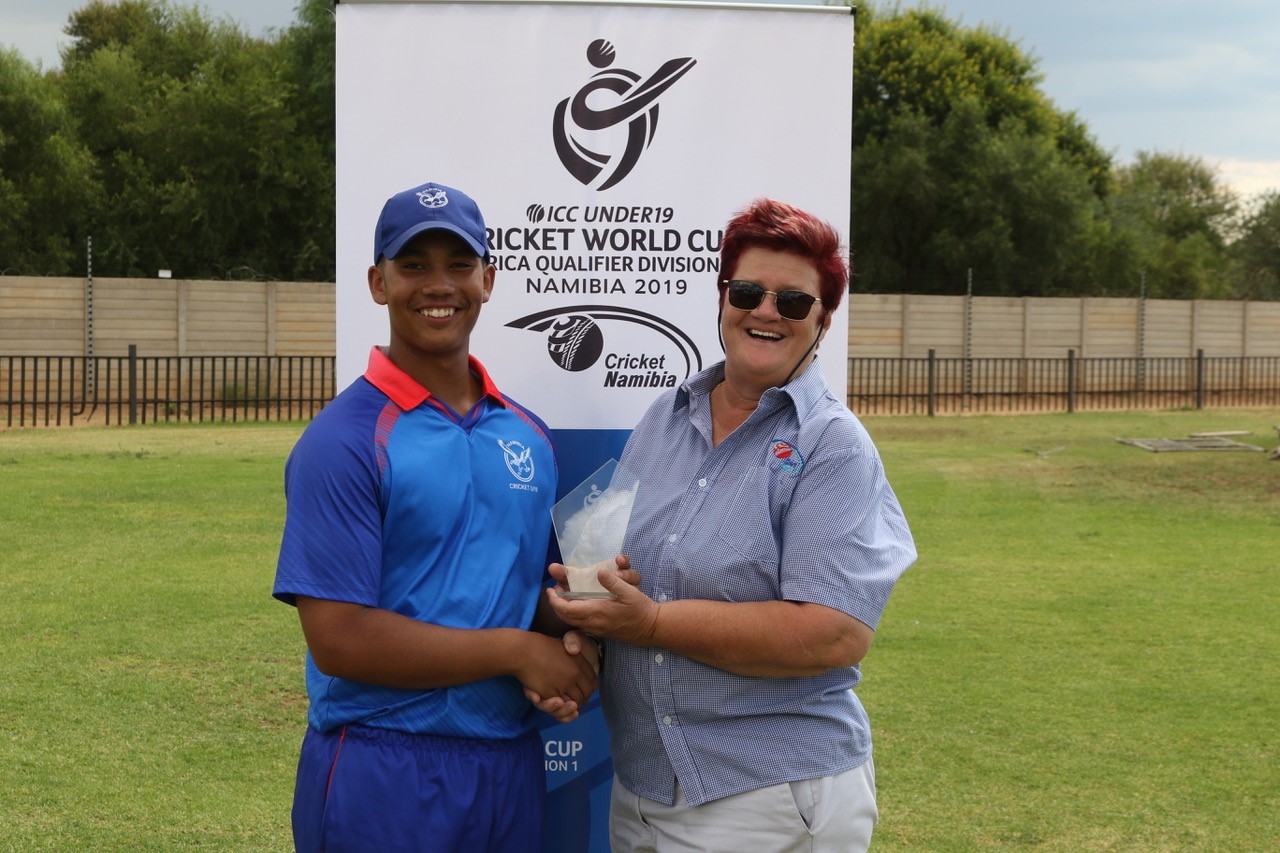 WILMOT LEADS THE WAY AS NAMIBIA BOUNCE BACK

Ramon Wilmot scored the first century of the ICC Under-19 Cricket World Cup, Africa Qualifier in Windhoek, as he helped the hosts bounce back immediately from a loss to Nigeria on day one.

The second day of the tournament saw Namibia rack up 296 for seven against Tanzania, with 16 year-old Wilmot clubbing 132 from just 122 balls. He struck 16 boundaries and four sixes, as the hosts showed that they are still a contender.

He received support from Dian Neethling, who made 49 as Namibia took advantage of some friendly batting conditions.

In response, Tanzania were blown away for just 46. Jan-Izak de Villiers started the carnage, with a new-ball spell that garnered three for 8 in five excellent overs.

Mauritius Ngupita kept up his fine form, wrapping matters up quickly, with four for 12 in 4.1 overs, as Namibia romped to a massive, 250-run win.

Nigeria, who caused the main ripple on the opening day, ground out another 58-run victory over Kenya.

Kenya battled gamely, but were restricted to 143 for nine. The wickets were shared around, as Nigeria again emphasised the sincerity of their ambitions this week.

In the third fixture of the second day, Uganda got the better of Sierra Leone, prevailing by 75 runs. Munir Ismail was the glue, with a steady 73 not out. He kept the innings together, eventually reaching a total of 211 for nine.

Simon Okecho and Cosmas Kweyuta both added scores of 33 to lend support to Ismail. 15 year-old Samuel Conteh was the bright light for Sierra Leone, with figures of five for 48 in nine overs.

The chase was hard work for the young Sierra Leone outfit, and 14 year-old Eric Turay (32) tried to lay the foundation upfront. Skipper George Ngegba came in the middle-order and tried to stabilise matters, but his 34 not out was in vain.

Sierra Leone were bowled out for 136, to eventually fall short by 75 runs. Frank Akankwasa was again in the wickets, with a rich haul of four for 22.

The action resumes on Wednesday with a top of table clash between Nigeria and Uganda. Namibia face Sierra Leone while Kenya battle Tanzania.

The fixtures and more information on the tournament can be found here https://www.icc-cricket.com/u19-world-cup/qualifiers/africa