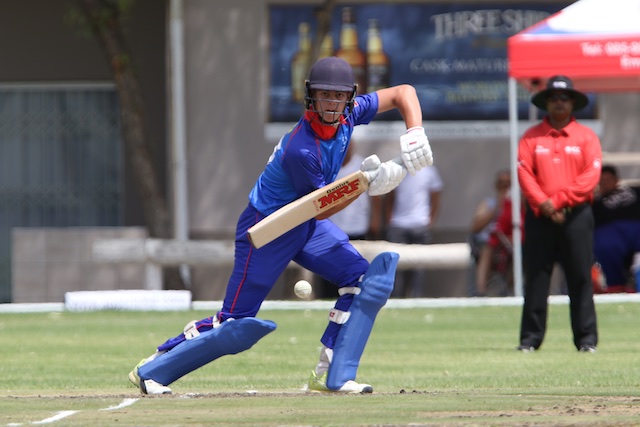 Namibia, however, missed out on a spot at next year’s u19 Cricket World Cup after finishing second to Nigeria at the week-long tournament.

Nigeria were the surprise winners of the tournament after winning all five their matches, while Namibia came second, with four victories and one defeat, and Uganda third. They were followed by Sierra Leone, Kenya and Tanzania.

La Cock was the top batsman at the tournament, scoring 271 runs at an average of 54,20 per match. He scored three fifties with a highest score of 91.

Mauritius Ngupita was the top wicket taker with 15 wickets at an average of 4,73 and a best performance of four wickets for 12 runs.

He was followed by team mate Jan Izak de Villiers who took 11 wickets at an average of 10,09 and a best performance of 3/8.

Nigeria’s captain Sylvester Okpe won the player of the tournament award after some fine all round performances.

The tournament went down to the wire with Namibia needing to beat Kenya on the final day whilst hoping for a favour from the Leone Stars in the derby against Nigeria. After Namibia despatched Kenya, all eyes turned to the WAP field to see if Nigeria could handle the pressure.

They did the job with the ball, bowling Sierra Leone out for 138. But the chase did not go according to script though as they slipped from 80/4 to 91/7 with the Leone Stars sensing an upset.

Up stepped Abdulrahman Jimoh and player of the match Peter Aho. They took the Nigerians home with 34 balls to spare sealing a maiden appearance at a World up for the talented West Africans.

Despite failing to qualify for next year’s World Cup, Cricket Namibia were congratulated for hosting a fine performance.

“Over the course of the week, the ICC u19 Cricket World Cup, Africa qualifying tournament was a roaring success,” the ICC reported on its website.

“There was terrific skill on display over the five days of action, and a mention must be made of Cricket Namibia, for quality surfaces and seamless logistics throughout,” it added.