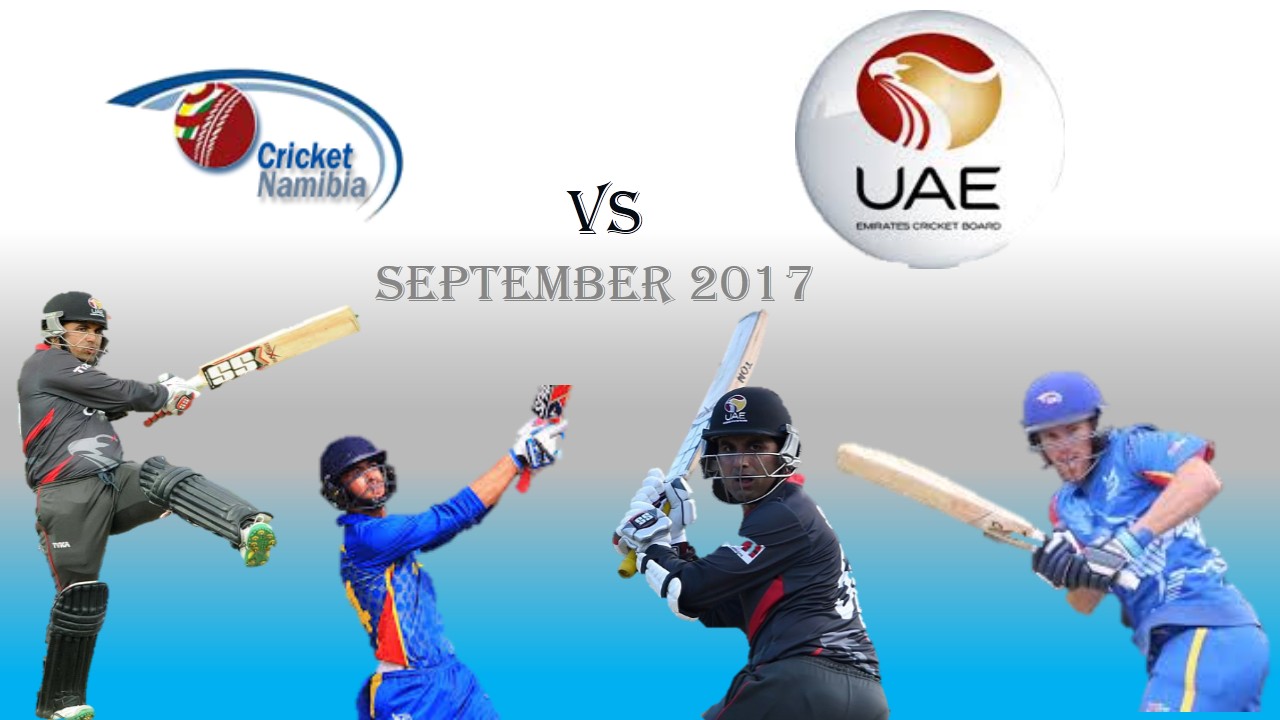 THE ICC Intercontinental Cup match between Namibia and UAE was delicately poised at stumps on the second day, with UAE holding an overall lead of 173 runs with four wickets in hand. (Day 1&2)

The UAE took a 57-run lead on the first innings, first scoring 269 all out and then dismissing Namibia for 212. Namibia however clawed their way back into the game to restrict UAE to 116/6 at the end of the second day’s play.

In UAE’s first innings, Namibian pace bowler JJ Smit got an early breakthrough, dismissing Chirag Suri for a duck, and when Jan Frylinck dismissed Shaiman Anwar for 8, UAE were struggling at 25/2.

Captain Rohan Mustafa (36) and Rameez Shahzad (40) started their revival, but Namibia maintained the pressure with some tight bowling and fielding and when JJ Smit dismissed Mohammad Usman for 17, UAE were in trouble at 74/4.

Adnan Mufti, however, came to the rescue with a great innings, as he shared a 94-run partnership with Shahzad for the fifth wicket.

Further down the order, Mohammad Naveed scored 17 and Imran Haider 20 not out, while Mufti was eventually out for 110 which came off 227 balls and included 13 fours.

JJ Smit was Namibia’s most successful bowler, taking four wickets for 37 runs off 17,3 overs, while Petrus Burger took 3/44 off 11 overs.

Namibia’s first innings got off to a solid start as Stephen Baard and Lohan Louwrens shared an opening partnership of 65 runs.

Louwrens, who impressed in his first innings as an opener was the first to go, trapped LBW by Ahmed Raza for 34 which included five fours, but Karl Birkenstock soon followed for a duck.

Baard and Craig Williams started a slight revival, but four wickets for only 13 runs put the UAE right on top. Baard (38), Jan Frylinck (1), Williams (25) and Sarel Burger (4) all went in quick succession as Namibia crashed to 109/6.

Gerhard Erasmus however started Namibia’s revival with a gritty innings, while he received valuable support from the lower order, with JJ Smit scoring 12 and Danie van Schoor 9.

Namibia were eventually all out for 212 off 67,5 overs, with Erasmus on 78 not out, which came off 112 balls and included five fours and two sixes.

Raza was UAE’s best bowler, with excellent figures of 6/61 off 20 overs.

In UAE’s second innings, Rohan Mustafa (29) and Chirag Suri (41) put on 57 runs for the first wicket, but Mustafa’s dismissal by Jan Frylinck started a slide as they lost six wickets for only 37 runs.

Craig Williams was the main destroyer, taking the wickets of Shaiman Anwar (2), Rameez Shahzad (0) and Muhammad Usman (5) and the prize wicket of Chirag Suri for 41, while Adnan Mufti was run out to a direct hit by JJ Smit for 10.

At stumps, Saqlain Haider was not out on 8 and Ahmed Raza not out on 14.

Williams was Namibia’s stand-out bowler, with great figures of 4/17 off 6 overs.