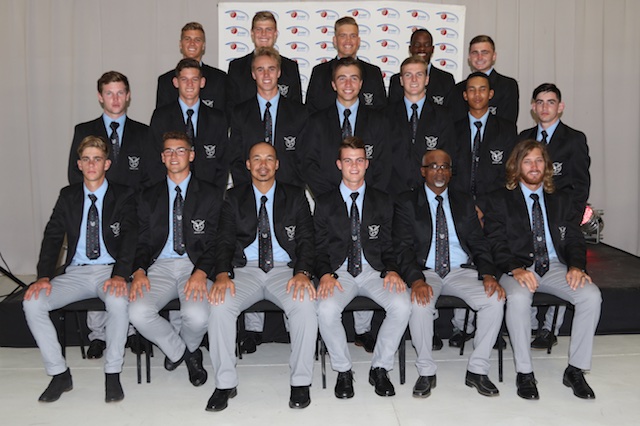 THE moment of truth has arrived for Namibia’s national under 19 cricket team as they prepare to host the ICC Africa u19 World Cup Qualifier which gets underway on Sunday.

Namibia will compete against five other African countries in the tournament, which will see only the winners booking a place at the 2020 Cricket World Cup which will be held in South Africa next year.

Namibia’s strongest opposition is expected to come from Kenya and Uganda, although the other competing nations – Nigeria, Tanzania and Sierra Leone – cannot be underestimated.

The six teams will play each other on a round robin basis starting on Sunday, 17 March and continuing through to Saturday, 23 March. Each team will play five matches with the league winners then clinching their ticket to the World Cup in South Africa.
The Namibian team held a capping ceremony last Friday where the president of Cricket Namibia, Rudi van Vuuren gave a motivational speech.

Van Vuuren was a member of the only Namibian team that ever qualified for the Cricket World Cup in 2003 and recalled the qualifying tournament, where they started as rank outsiders before eventually winning the tournament.

“We didn’t have any star players in that team, we were just 14 ordinary cricket players from Namibia, but we had one common characteristic – fanatical discipline. The smokers stopped smoking, the drinkers stopped drinking and the lazy and overweight players started training very hard. We were fanatically disciplined and it paid dividends in the end,” he said.

Van Vuuren said Cricket Namibia’s aim was to make cricket professional and a career opportunity for the children of Namibia.

“In time we want to see the youth being able to make a choice of being a doctor or a lawyer or a cricket player. We hope you share that vision with us so my challenge to you is apply fanatical discipline in this tournament,” he said.

“Be a team, be fanatically disciplined and you will reap the benefits. Let’s show them why they call us the Land of the Brave,” he added.

The chief administrator of the Namibia Sport Commission, Fred Mwiya, who was also present, said the professionalisation of sport was also an important theme for the Namibian government.

In the past Namibia has regularly qualified for the Junior World Cup, and three years ago produced the shock of the tournament when they beat South Africa to qualify for the quarterfinals where they eventually lost to India.

None of those players have remained though and Namibia has had to build up a new squad, which will be captained by Divan La Cock, with Victor van der Watt the vice captain.

Dee Thakur is the coach, Gareth Cloete is the assistant coach, and Lauritz Haccou the team manager.

The matches will take place at Wanderers, the WAP field and at the Trustco United field.